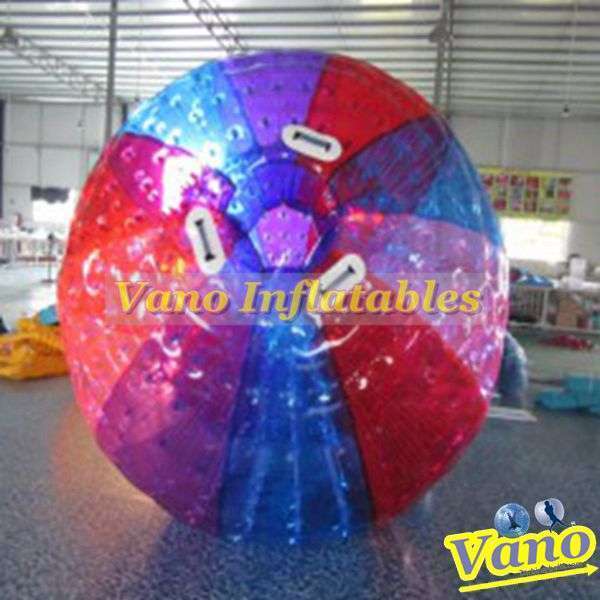 Looking to know something on zorb ball story? Actually, zorb has become more and more popular around the globe over the past several years. However, The real story and origin of zorbing all started from New Zealand over 20 years ago.

The regular viewpoint appears to be one guy slided downhill in the zorb ball for the first time in 1991. Apparently, two young men came up with the idea on rolling inside a large inflatable ball in some places by then. They named that creation the ZORB. After few months, they began the bulk production for the zorbs, supplying the giant pvc balls in local markets. The sales spread rapidly worldwide in next couple of years. No one believes it would be a huge source of amusement and fun in many years. But if you think that was a complete zorb ball story, then you are wrong.

Get Back to The Day of Zorbing Trial

Do you think they were actually the people who invented this inflatable ball in 1991? Probably yes. They should be so proud of the invention in New Zealand. Let us back to earlier date in 1982 to see initial zorbing equipments. One extreme adventure sports team created a large orb with two round chairs inside and outside. Basically, it is original concept on the zorbing ball, however the pattern is rather different from the current inflatable hamster ball nowadays.

Still, one guy in France had been trying on the first design of the modern zorb ball several months before that. The initial name was the bubble sphere around 40 years ago. Then he improved into inflatable design a few years later. The first giant sphere came up at the big event. The chamber between two spheres contains the constant air, and that makes it soft and secured to stay inside.

It took nearly three years to upgrade the initial product, and the creation was registered in early 1980. After resolving the technical issues, their aim was to bring it to the world for commercial by massive production. The zorb ball story had a good start finally, as one TV program invited them to show the inflatable plastic ball in 1982. They came to more and more events in next a couple years. The zorbing ball also spread to United States of America and Japan in various TV shows. It is the large dimension sphere appearance in Japanese programme.

In the early of new century, there was a unbelievable turn for this activity – someone found the “Zorb”, an inflatable ball in New Zealand. As a matter of fact, the Zorb is the copy of the creation in France. A lot more people look like loving the giant hamster ball – ride it by rolling down the slope. The media took it as the invention for granted. That is why so many riders do not know about the real origin of the Zorbing game. Today more corret information presents here based on sufficient reseach and reports. All we have is a real story on Zorbing and the equipment Zorb Ball, since the true history is the point. More importantly, there are someones who deserve praise and compliment.

To have more information on present zorb ball, stay with our site for long terms. You are going to find more variations and sports from zorbs, the bubble soccer, walking water ball and zorb water roller wheel. Ther are a lot more inflatables for adventures, sports and events.